My work is a visualization of 2 competing forces present in my life. One being an instinct to control/categorize; to simplify the world so i can be understood. And the other being my desire to be detached from things such as instincts, which keep us in an unseen sort of boundary. I construct compositions centering on the relationship of these two elements, represented by the figure and its interaction with the compositional elements which tie it to the boundary of the picture plane. This interaction later grows into a unification of figure and boundary, and results in the unification of this freedom and restriction. 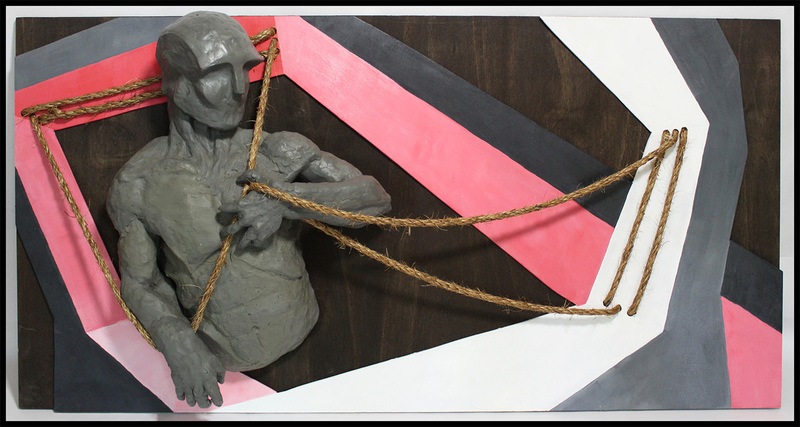 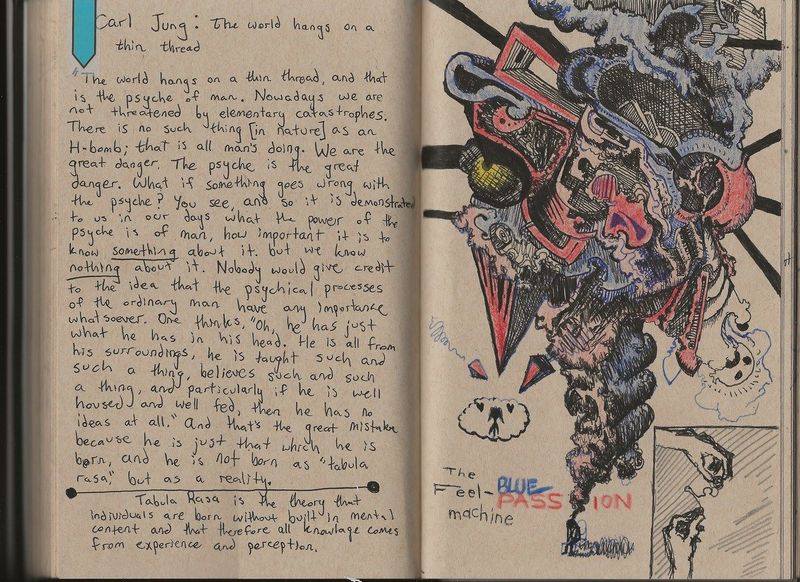 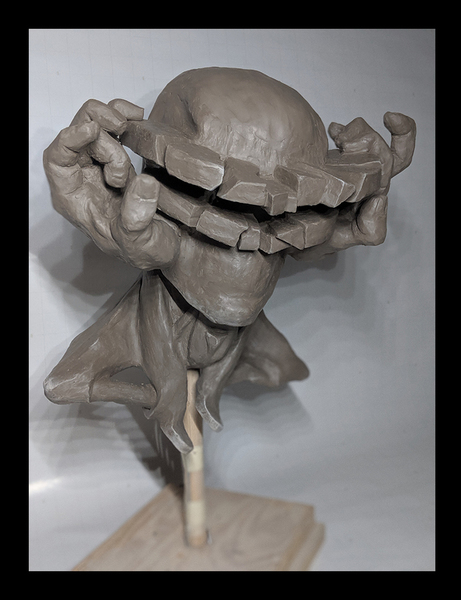 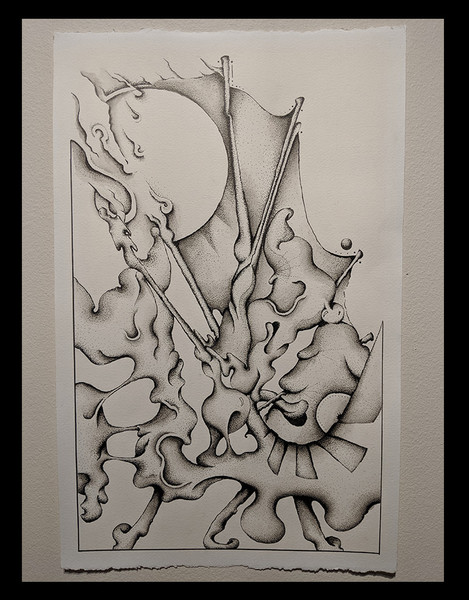 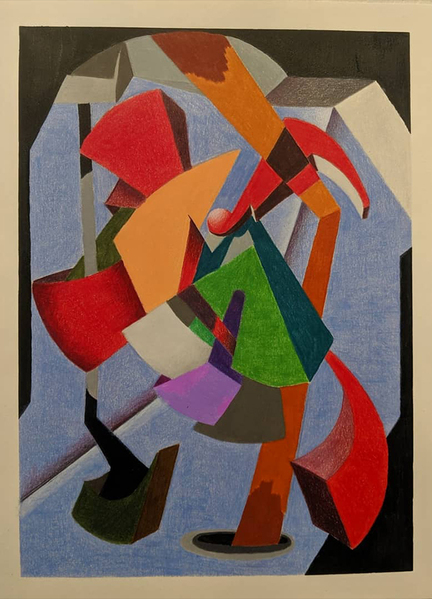 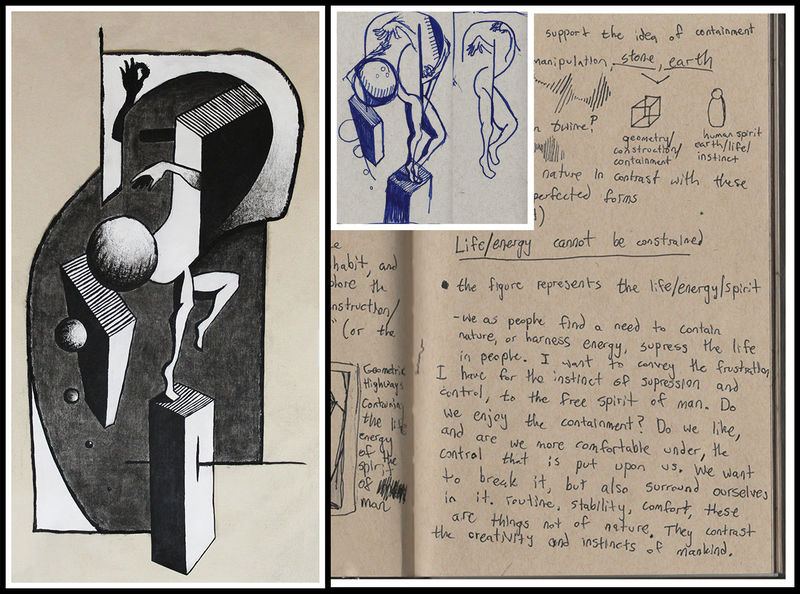 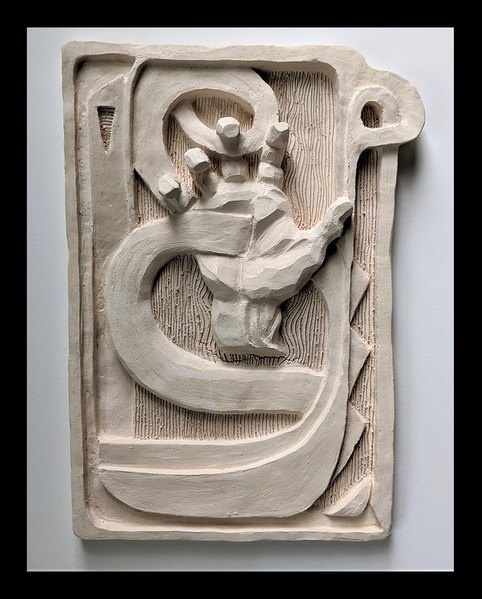 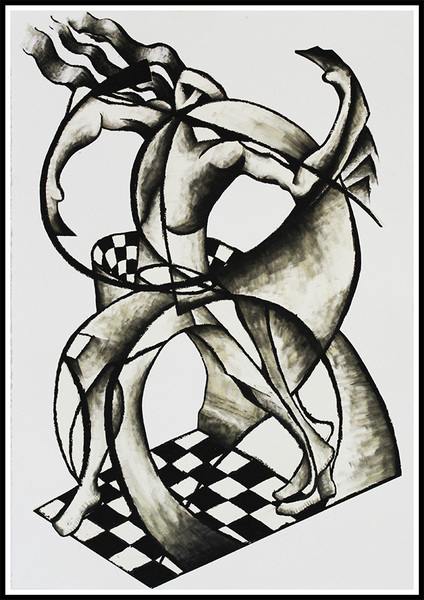 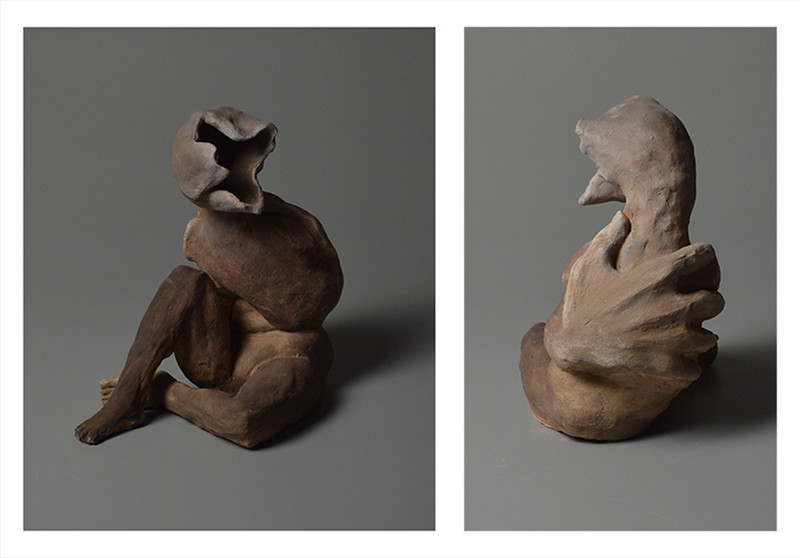 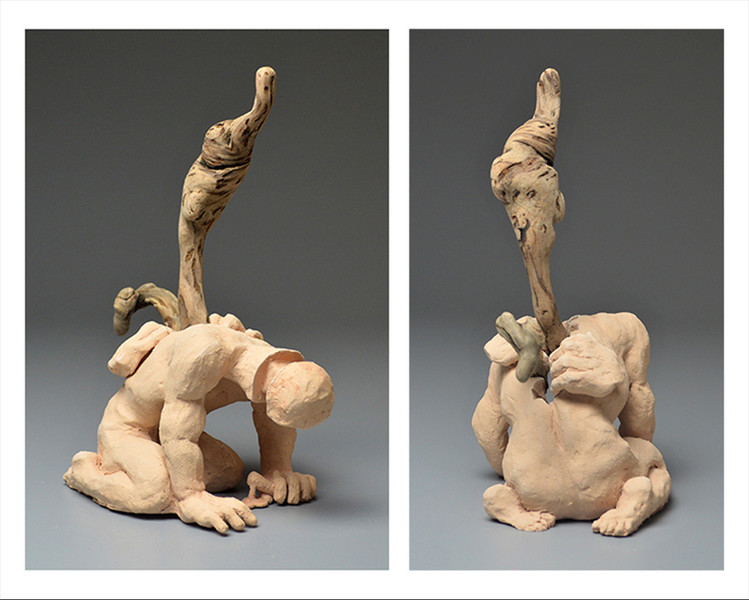 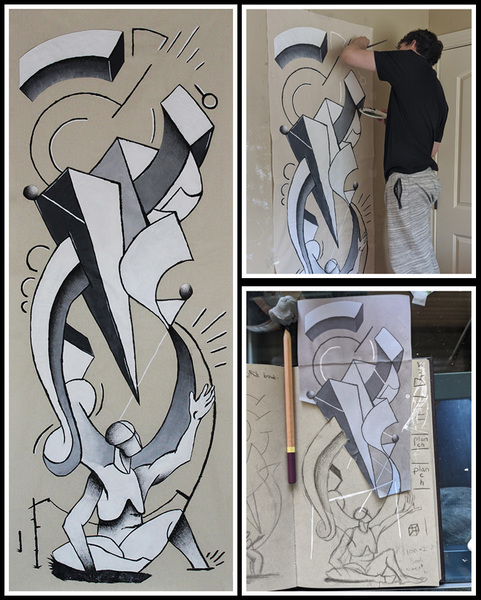 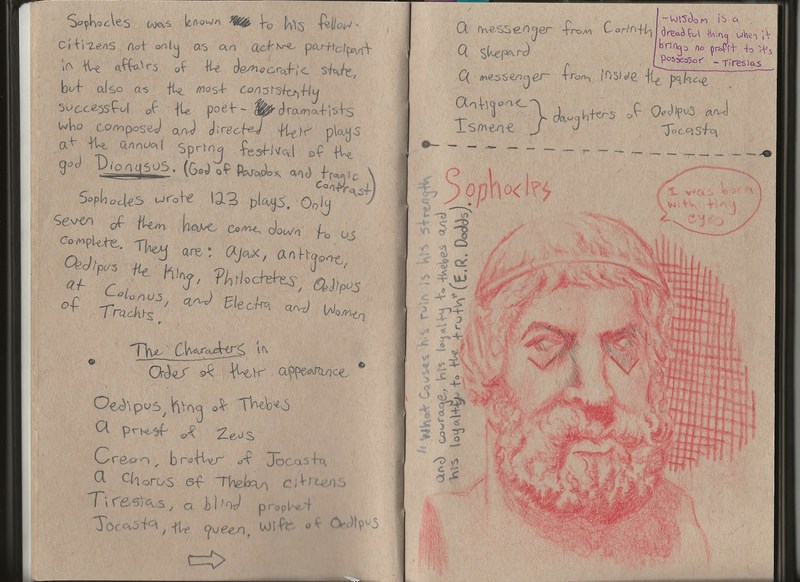 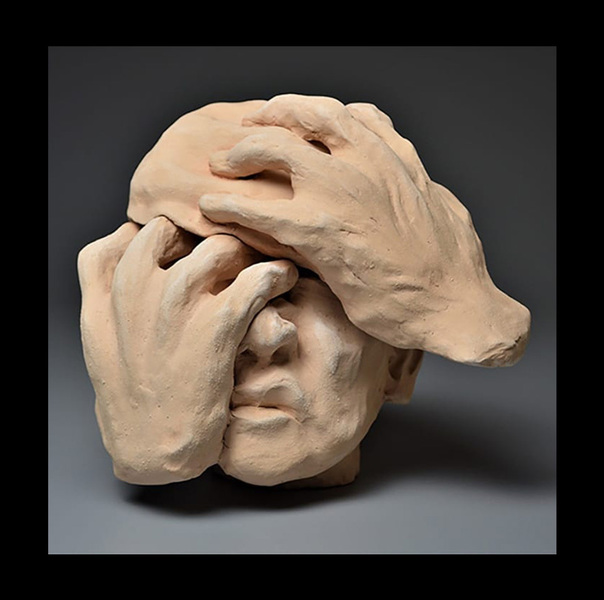 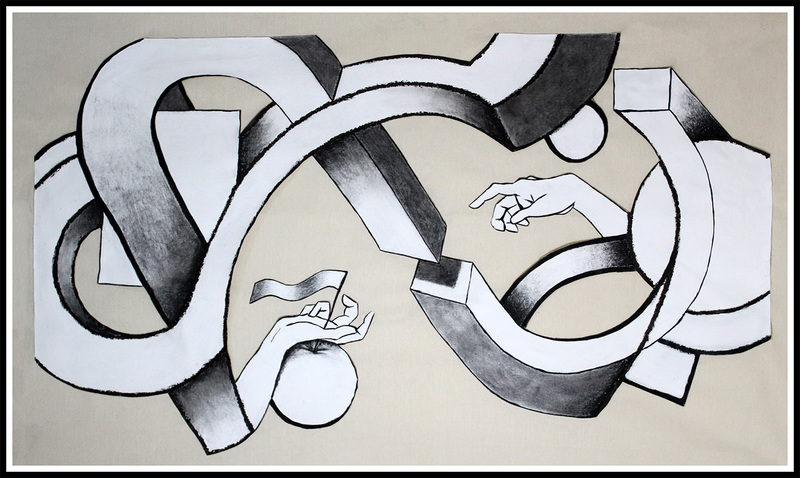 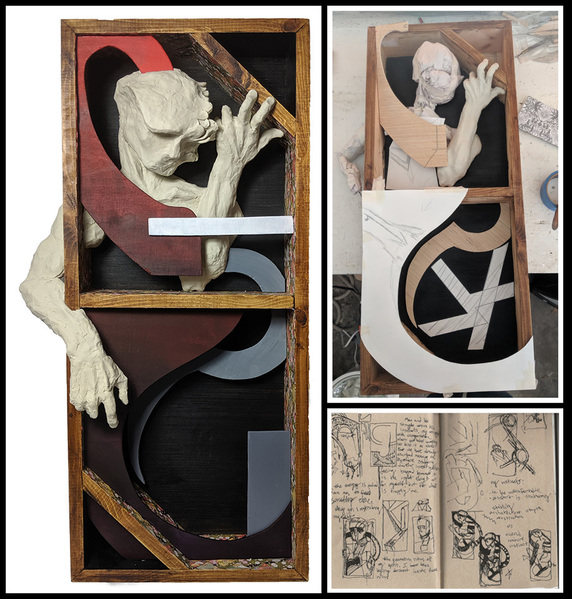 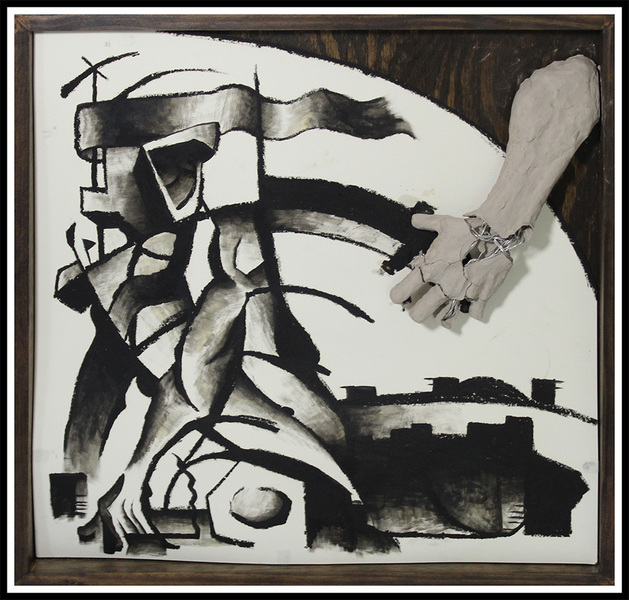 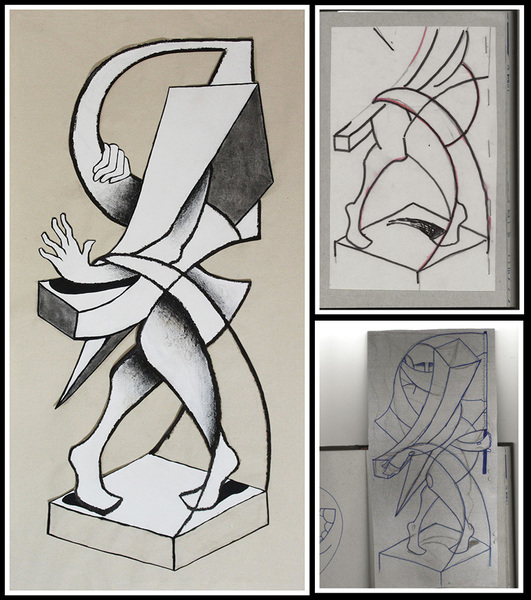 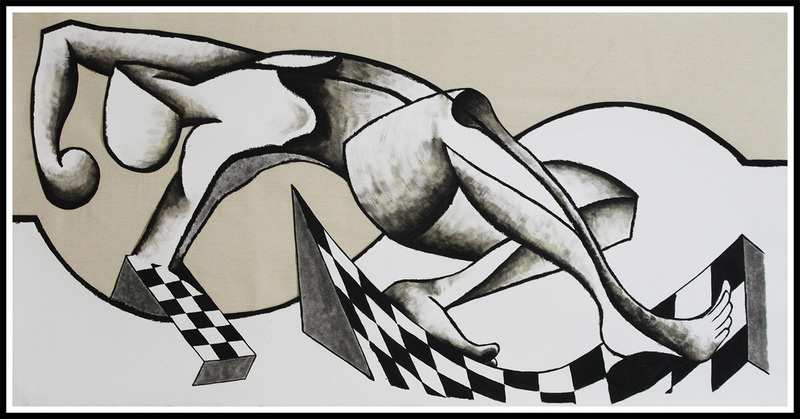 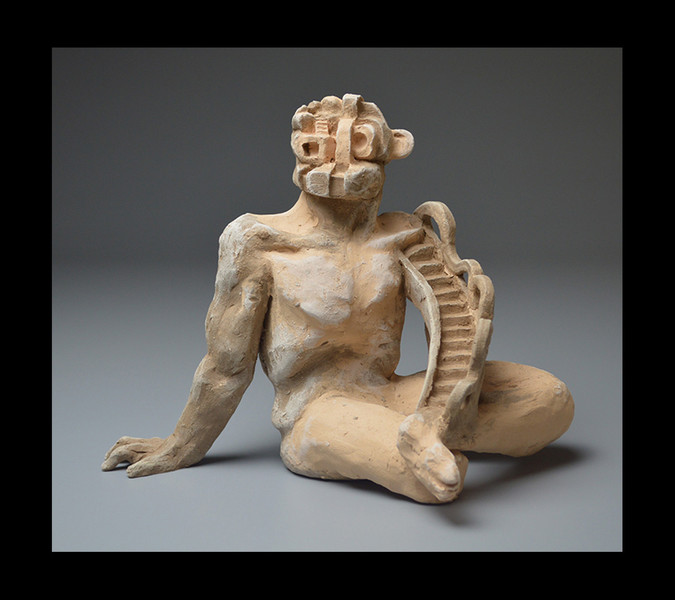 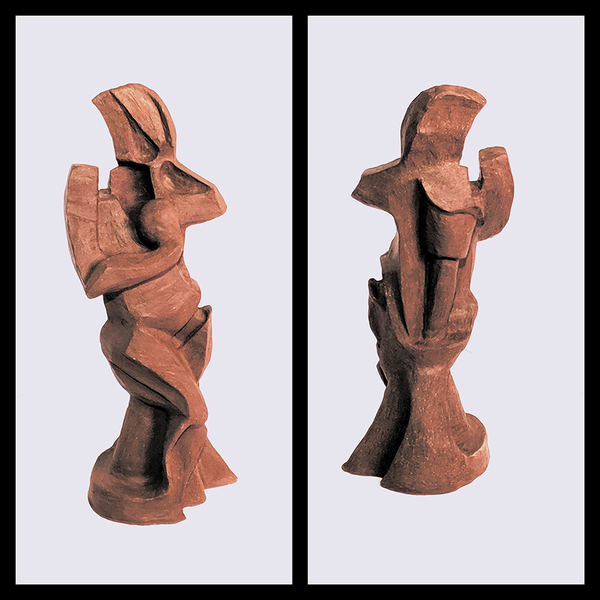 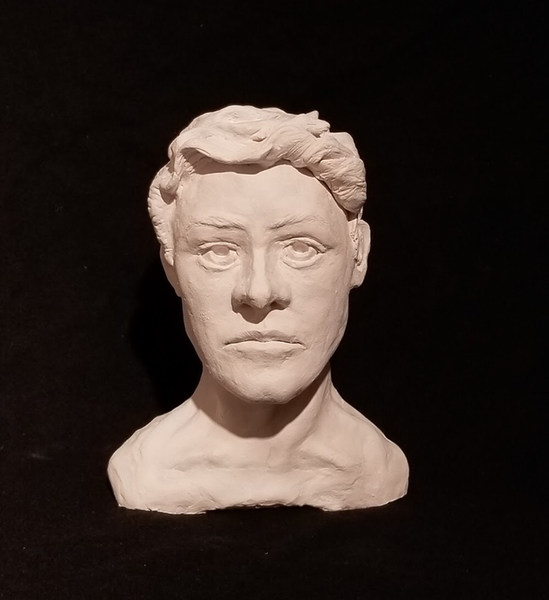 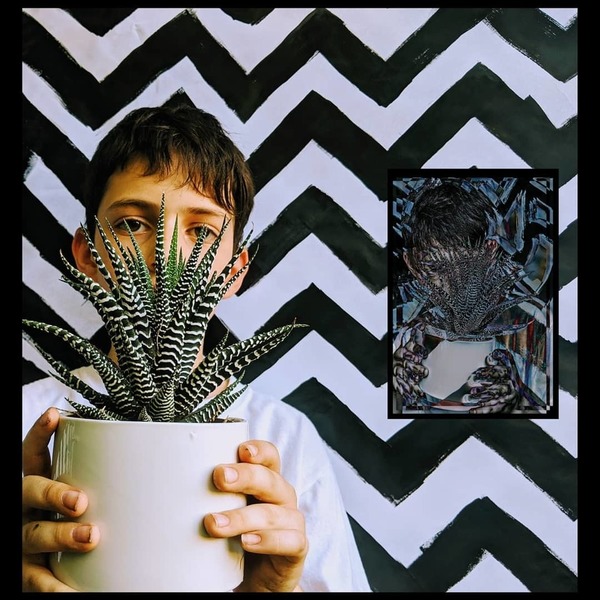 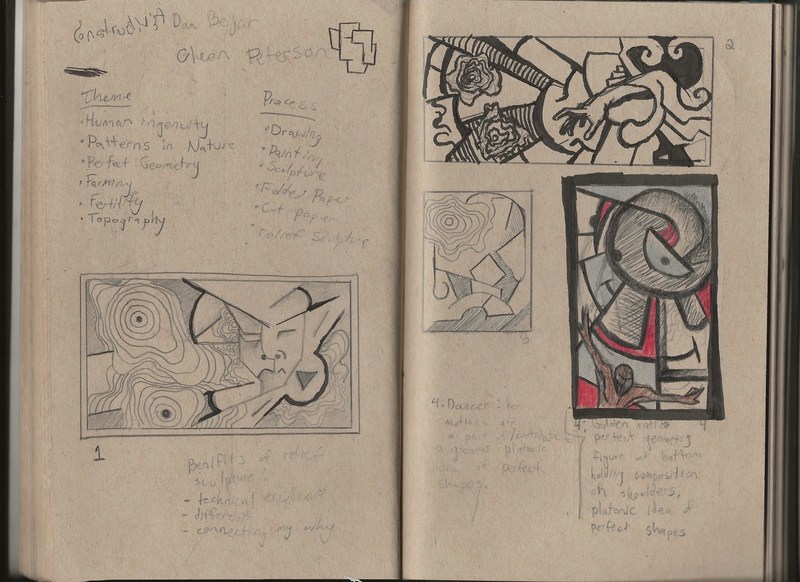